Well it has been another week when THE ECONOMY has been lurking about the news headlines like a hooded terrorist of doom with warnings of Greek defaults and IMF slapdowns and worried looking politicians saying that we could be heading towards a double dip recession if they don’t get to grips with the situation. We could all be staring down the barrel of the gun! We’re in a dangerous period! 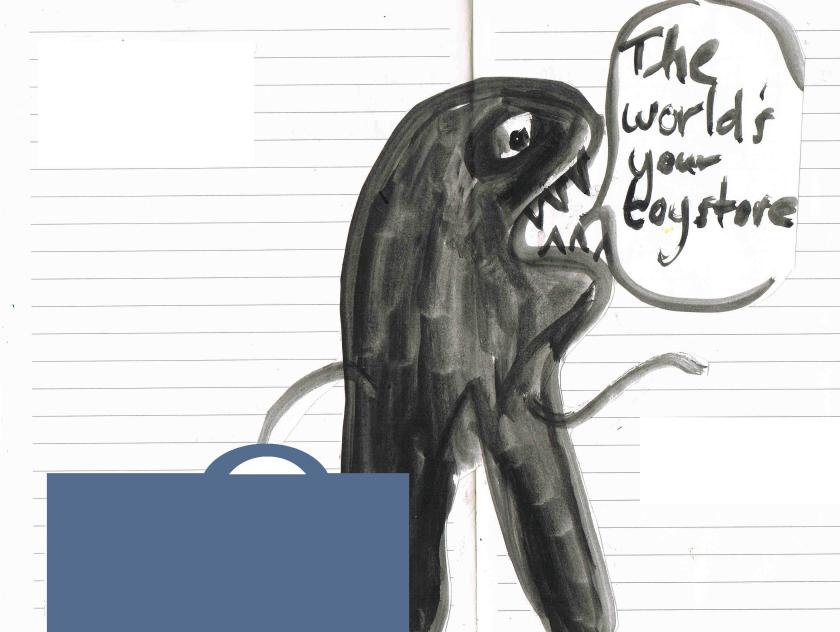 You never see world leaders as worried looking or sincere as when they come to discussing the state of THE ECONOMY and what they are going to do to create jobs and bring about economic growth.

It’s enough to tie a man up in knots because it doesn’t seem to make sense or is impossible to understand. News readers and newspapers throw about words that are designed to confuse people or be beyond the understanding of the ordinary man on the street. All a person may understand after all the big terms is that their pension has decreased by _% or that their job in under threat.

Do the politicians and economists even understand what is going on?

It’s almost as if we have created a global economic monster that nobody can control. And if we don’t throw it some sacrifices it’s going to eat us up.

THE ECONOMY seems to be the thing that will ultimately bring us prosperity and comfort, the thing that is our best hope for having a bright future.
It seems so powerful in fact that all other beliefs seem powerless to offer a different version to what is really going on out there.

From a Christian point of view we need to constantly put to death the belief that there are more powerful kingdoms than the Kingdom of God, something which we can only do as a church. We need to stand united in the belief that THE ECONOMY is not the most important driving force out there, especially during the week when we’re in the nitty-gritty of daily life, far from the congregation and swamped under bills that need to be paid or scratching around for job.

We need to be reminded what the reality really is. Often (I feel) we’re very quick to relegate the realities of The Kingdom to somewhere beneath the lies of the economy because our lives are so ordered to think that life is a competition with our neighbours, other nations, communities.
We shop around looking for the cheapest bargains, we pimp our cv’s up in an attempt to best our fellow job seekers in competing for a certain amount of limited jobs, we go on courses to give ourselves a better chance of beating our neighbour.
It’s hard out there, but it’s not the truth.
The Truth is a person, Jesus. We are to be following Jesus as we try to live lives in this me-first-fear-filled culture. The truth isn’t THE ECONOMY or TECHNOLOGY/SCIENCE/PROGRESS/WHATEVER!
The Truth is Jesus.
When we follow Jesus as brothers and sisters in our communities/church we are living life the way it’s meant to be lived.

When we live lifes of gift and self sacrifice,
when we speak the truth in love,
when we serve other people we are being true.
We should block our ears to what we hear on the radio, from the threats of the politicians that if we don’t do x or y the economy won’t grow and we’ll be in trouble.

We need to remember the truth of the real Kingdom being like a mustard seed.